[Epistemic status: I’m more uncertain about the costs and benefits of demonetization than I was in 2016, but I still think it did more harm than good and these data seem to vindicate that.]

In 2016, the Indian government “demonetized” eighty-six percent of its currency notes—₹500 and ₹1,000 banknotes. In other words, it declared them to no longer be legal tender. The logic was two-fold: (1) Reduce tax fraud and tax evasion by being able to more effectively track black money. (2) Move toward a society that was more cash-free and more based on digital transactions, which are easier to track, less vulnerable to theft, and increase the central bank’s control over the money supply.

I have written two articles criticizing this in the past. One, which I wrote for Feminism in India, was suggesting that it had a disproportionate negative short-term impact on women and the LGBTQ+ community. The other, written for my previous blog, was a more generic criticism. My epistemic status, as indicated above, is now more uncertain. 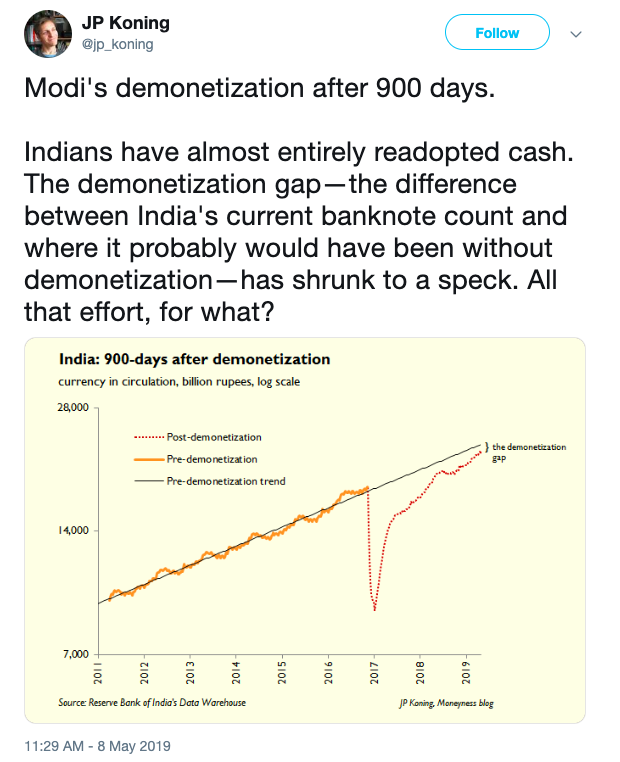 This seems to suggest that demonetization has been largely ineffective in achieving outcome (2), at least.